3 Reasons You Need to Be a Nose Breather Tens of thousands of people are taping their mouths closed each night before bed. But before you start thinking this has to be some sort of fad from the pages of a kinky novel… It’s for a better night’s sleep—and better health. Nose breathing, it turns out, is almost as important as the air you breathe. Wondering why? Here are three very good reasons. (Plus, an exercise to get your nose back in on the action.)

Nose Breathing Can Reduce Your Risk of Colds

Your nose, though beautiful, is no ornament. It’s your first defense against viruses and bacteria—but only when you breathe through it. The microscopic hairs located inside your nose, called cilia work with mucous to trap pathogens. The result? Snot, boogers, and a healthier, happier you. Your nose also warms and humidifies air, which helps to reduce your risk of colds. “Proper heating and humidification of air in colder climates are important for respiratory health,” explains Nathan E. Holton, PhD, an assistant professor of anthropology at the University of Iowa.

There’s a reason why ultramarathon legend Scott Jurek encourages breathing through your nostrils: it enhances endurance. One study shows nose breathing reduces breathing rates by over 50 percent, and decreases perceived exertion by 60 percent—which means you might be able to workout harder and longer if you simply close your mouth when you walk or run. (Give it a try: Next time you hit the sidewalk or treadmill, spend thirty minutes alternating between nose and mouth breathing and notice how you feel!)

In 1995, scientists discovered that the nose produces nitric oxide—an important compound for cardiovascular, immune, and sexual health. Swedish researchers from the Karolinska Institute described the process: “Nitric oxide (NO) is released from the nasal airways in humans. During inspiration through the nose, this NO will follow the airstream to the lower airways and the lungs”

After NO reaches the lungs, it gets circulated through the bloodstream where it “plays an important role in vasoregulation (the opening and closing of blood vessels), homeostasis, neurotransmission, immune defense, and respiration,” says Patrick McKeown, author of The Oxygen Advantage.

How to Become a Better Nose Breather

Breathing through your nose is scientifically superior. But years of mouth breathing can make nose breathing seem impossible. “Mouth-breathing causes blood vessels in the nose to become inflamed and enlarged,” says McKeown, which makes inhaling and exhaling through your nostrils difficult. Ready to become better at it? Here’s a simple exercise from McKeown:

Once you’re comfortable with your nose breathing, you can consider taking it to the next level by taping your mouth shut at night.

“Most people breathe through their mouths all night long,” says McKeown. That’s eight hours of poor oxygenation and zero nitric oxide uptake, which could be explain why you might be feeling groggy in the morning. He believes it’s possible to correct the problem by pressing low-adhesive paper tape, such as 3M Micropore, lightly over your mouth. If you’re uncomfortable with tape, McKeown recommends a stop snoring strap.

The tape might fall off during the night, but McKeown says you should notice a dramatic improvement in energy throughout the day. He recommends using the tape nightly until you’re breathing through your nose all night—your mouth will have plenty of saliva in the morning, and you’ll feel refreshed. 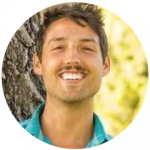 Dan Dowling is a writer, a life coach, and the CEO of MillennialSuccess.io. His mission is to inspire millions of people—especially millennials—to redefine success, to make self-improvement an all-day-every-day habit, and to create life-long love in their relationships. You can find more of Dan’s writing on Entrepreneur.com, Life Hack, and Elite Daily.