The Scoop on Artificial Sweeteners: Stevia, Sucralose, and More Sugar substitutes, or artificial sweeteners, can seem like an attractive alternative to table sugar—they allow you to enjoy the same sweet taste, but without the extra calories or blood sugar rush. For this reason, they can be helpful if you’re trying to cut back on added sugar, lose weight, or have diabetes. And, though you may have seen some scary headlines and health concerns, you can rest assured they’re considered safe when consumed in reasonable amounts.

As with most things in life, moderation is a wise choice when it comes to sweeteners. Sugar substitutes are intensely sweet, so they won’t teach your taste buds to crave less sugar. But if a packet or two helps you eat less added sugars, they might help you lose weight, too—just don’t view them as a free pass to eat extra treats!

Here’s what you need to know about popular sugar substitutes.

Examples: Sunett® and Sweet One®

The scoop: Ace-K is a calorie-free, synthetically produced potassium salt. It’s about 200 times sweeter than sugar, and it’s not broken down or stored by the body—after you eat it, it rapidly passes through your system unchanged. Ace-K has a slightly bitter aftertaste, which is why it’s often combined with other sweeteners, like aspartame. Ace-K is heat stable and can be found in a wide range of products, including chewing gum, beverages, and baked goods.

The scoop: Aspartame is a chemically-produced sweetener, made by joining two amino acids, aspartic acid and phenylalanine. Gram for gram, it provides the same amount of calories as table sugar, but it’s about 200 times sweeter and, when used in very small amounts, contributes almost no calories. Aspartame is one of the most extensively studied food substances, with more than 100 published studies supporting its safety. Still, foods and drinks must carry a warning label, because a small number of people have a rare hereditary disease, known as phenylketonuria (PKU), which makes metabolizing phenylalanine difficult. It’s commonly found in processed foods, like diet drinks and yogurt. But because it loses its sweetness at high temperatures, aspartame is not suitable for cooking.

The scoop: Luo Han Guo, or monk fruit, is a plant native to southern China. The fruit naturally contains antioxidants, called mogrosides, that are calorie free and 100 to 250 times sweeter than sugar. A truly natural sweetener, made through minimal processing, monk fruit has been used in Asia for centuries and is now making it’s way west. It comes in individual packets, and can also be found in sweet treats, like chocolate, yogurt, and ice cream.

The scoop: Stevia is a zero-calorie sweetener extracted from the leaves of an herb. It’s 200 to 400 times sweeter than table sugar, with no impact on blood sugar levels. Although stevia’s origins are closer to nature, it isn’t all natural—it’s often paired with additional ingredients, like dextrose or erythritol, a sugar alcohol. Stevia has a distinct aftertaste, similar to liquorice. It’s available in packets, and can be found in everything from protein shakes and soft drinks to cakes and cookies.

The scoop: Sucralose is a chemically produced sugar substitute made from sugar by replacing hydrogen and oxygen molecules with chlorine molecules. It’s about 600 times sweeter than sugar, provides no calories, and mostly passes through the body unchanged. Sucralose doesn’t come with the bitter aftertaste common with other artificial sweeteners, and it’s also heat stable, so it can easily be used in places of sugar (cup for cup) in cooking and baking.

The scoop: Sugar alcohols are found naturally in small amounts in certain fruits; they can also be made commercially from sugars and starches. They’re a type of carbohydrate, but they only contain half the calories of table sugar, and only a small amount is slowly absorbed into the bloodstream from the small intestine—which means no sudden blood sugar spikes. When sugar alcohols reach the large intestine, they’re fermented by bacteria, which is why they can cause diarrhea, bloating, and gas in those with food sensitivities or when eaten in excess. That’s why foods containing sugar alcohols, like chewing gum, candy, and frosting, carry a warning label.

Still craving something sweet? Try switching the sugar in your coffee to a packet of monk fruit. And the next time you bake a batch of cookies, give sucralose a whirl instead of sugar. 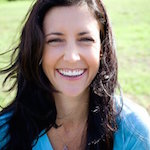