Fitbit Ionic may help power you through a workout, but have you ever stopped to think about what powers Fitbit Ionic? It’s Fitbit OS (aka the Fitbit Operating System), and it’s getting an upgrade.

Starting today Fitbit Ionic users will be treated to more than 100 data-rich (and interactive!) clock faces and more than 60 apps* from Fitbit, Fitbit Labs, popular brands, and developers (more on all that below), as well as helpful enhancements to existing features.

There’s a lot to share, so read on, and then install the Fitbit OS update to start experiencing an even smarter, more convenient, more customizable Fitbit Ionic. You now have four fewer reasons to pull out your phone with more coming soon. That’s because apps for popular brands like Flipboard, Yelp, and The New York Times have been created and optimized for Ionic. The result? A simple, streamlined way to easily access the information and services most important to you.

Below are the apps being announced today. Click here to learn more about each app and its availability. With this Fitbit OS update comes the unveiling of Fitbit Labs, an initiative within the Fitbit Research department dedicated to creating and testing potential Fitbit features.

What does that mean for you? Early access to innovative and cutting-edge apps and clock faces** designed to motivate you to make healthy behavior changes.

Read Meet Fitbit Labs: The New Group Putting a Step-Hungry Pet on Your Wrist and So Much More to learn about these exciting new projects and the team behind them.

When Fitbit OS first launched, an integral part of the new platform was its open software development kit, or SDK, which is just a fancy way of saying that developers who don’t work at or for Fitbit can now create apps and clock faces that work on Ionic.

It’s only been a few short months, but developers have been busying creating apps and clock faces that allow you to customize the look and feel of your Ionic smartwatch and see at-a-glance information, like active minutes, heart rate, goal progress, run cadence, sleep, or weather.

Here’s a sneak peek of six: Stay sharp with Jacadi. Concentrate on the pattern of lights, then repeat the pattern by tapping the screen. As you succeed, the series of lights will become progressively longer and more complex. Easier (and less bright) than pulling out your phone in a fancy restaurant, this app helps you calculate tips, between 0 and 100 percent, and split the bill among up to 100 people. Nothing Special offers everything you might need from a watch: the time, date, weather, battery life, and more in a customizable design with thousands of color-combination options. Tap through the activity icon to view your current stats or hit the battery icon when you’re in a dark place for a surprise feature. Get your 80’s on. Retro-Sunset is an animated clock face that tracks time, calories, steps, and distance. Tap the screen to cycle through your stats. This customizable clock face features the date, easy-to-read time, and all the stats you could want: steps, heart rate, and calories burned. It also connects to DarkSky to provide the latest temperature; the background image changes depending on the weather expected in your area.

Follow the installation instructions for apps and clock faces to try out these developer experiences for yourself.

Fitbit Leaderboard brings the engagement of Fitbit Community to your wrist, allowing you to see how your step goal stacks up against family and friends, as well as cheer and taunt them for added motivation. Multi-Card Payment. You can now choose—right from your wrist—which credit or debit card you want to pay with when using Fitbit Pay on Ionic. The list of participating banks has also expanded to include 25 banks across three networks in 13 markets, with more countries and banks rolling out in 2018. See the regularly updated list of partnered banks at www.fitbit.com/fitbit-pay/banks.

Faster interface: Ionic’s touchscreen capabilities continue to be refined and enhanced so you can move more quickly through information on-device.

*All apps and clock faces in the Fitbit App Gallery are free to download. H

Today or by the end of the year, all apps from popular brands will be available in English globally where the brand operates. The British Airways, Clue, GAME GOLF, Nest, Surfline, Uber, United Airlines and Walgreens apps require a free account with the brand to use the features of the app on Fitbit Ionic.

Fitbit Ionic battery life of up to 5 days varies with use, features and other factors; up to 10 hours using GPS or playing music.

**Because Fitbit Labs content is more experimental in nature, users may experience minor issues, and the time period for which apps and clock faces are available may be limited.

***Think Fast app does not provide advice or diagnose or treat any condition. Do not rely on this game for decisions on driving, operating machinery or any other activity requiring mental sharpness. 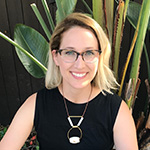