Around the world more and more people are going contactless for countless reasons, but mainly because it’s convenient, secure, and much more hygienic. Here at Fitbit, we agreed—that’s why Fitbit Pay exists, so that you can wear a device that also holds your wallet. No phone, no cards, no hassle.

Why switch to Fitbit Pay?

The benefits of switching to contactless payments are many—whether you’re grabbing a coffee to-go or picking up flowers from the farmer’s market, Fitbit Pay is the most convenient and easy-to-use form of payment.* Simply hold your device by a contactless payment terminal and authorize your purchase with the push of a button. It’s that simple!

Fitbit Pay uses an industry-standard tokenization platform to ensure your card information is never revealed or shared with merchants or with Fitbit. More perks? Anytime you make a purchase with Fitbit Pay, you’ll earn the same rewards, points, miles, or other benefits you get by using your physical credit or debit card.

How does Fitbit Pay work?

How do I set up Fitbit Pay?

To start, link at least one credit or debit card from your bank to the Wallet section of the Fitbit app. With your device nearby, tap the Today tab in the app, and tap your profile picture. Tap your device image, then tap the Wallet tile. Follow the on-screen instructions to link a payment card.

In some cases, your bank may require additional verification. Please note that if you’re setting up Fitbit Pay for the first time, you may be prompted to set a four-digit code for your device. You also need passcode protection enabled for your phone.

After you add your card, follow the on-screen instructions to turn on notifications for your phone (if you haven’t already done so) to complete the setup.

Want to add more than one card? We’ve got you covered. You can add up to six cards to the Wallet (5 cards for Charge 3 and Charge 4), and choose which card to set as the default payment option on your device.

Where can I use Fitbit Pay?

You can use Fitbit Pay at grocery stores, pharmacies, take-out restaurants, or wherever you see the contactless payments symbol. You can even use it to ride select transit systems.

Join hundreds of thousands of other Fitbit users in going contactless today with Fitbit Pay.

*Fitbit Pay works with certain major credit and debit cards from top banks and card issuers around the world. See availability at fitbit.com/fitbit-pay/banks. 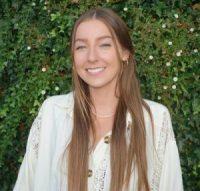 A New Jersey native, Kelsey Maloney is an Associate Editor at Fitbit currently living out her California dream in San Francisco. After receiving her Bachelor of Art's degree in Journalism, she backpacked for a year to several countries around the world, including to her favorite city – Cape Town, South Africa. She then made the leap to the West Coast to pursue her writing and editing career, formerly at Sunset Magazine. Kelsey is a travel and hot yoga enthusiast with an adoration for live music, the great outdoors, Annie’s mac and cheese, and a Hazy IPA.