“Taste the rainbow” isn’t just the slogan for Skittles candies, but representative of a very healthy way to eat if you’re talking about whole foods. When you’re thinking about February, it’s natural to think about the color red—and all the yummy red hues that can make appearances on your plate this month (and beyond). Of course, we’re not talking frosted heart cookies.

From cherries to cabernet, there are so many different red options that can actually help your heart, control weight, and support overall health in other ways. We talked to Keri Gans, RD, a dietitian and author of The Small Change Diet, about her favorite red foods in honor of Valentine’s Day. Eat up.

“You can’t talk red without beets,” says Gans, who says some of beets’ standout qualities are digestive-aiding fiber and potassium, which helps regulate our blood pressure. “Beets are a great source of fiber, folate, vitamin C, and antioxidants, including betalains.” Gans says betalains help to lower blood pressure and prevent certain cancers. This low-calorie food is also easy to cook up in a hurry. “Beets are great roasted, tossed in a salad with goat cheese,” says Gans.

In general, Gans is a huge fan of any kind of beans. Sometimes forgotten in favor of black beans and white beans, red kidney beans deserve a second look in your diet. “They are rich in folate, which is important to prevent neural defects in pregnancy,” says Gans. “They are a great source of plant protein, and they are rich in potassium.” Beans are also one of the best sources of antioxidants, which protect against inflammation and disease. “You can easily buy them canned, or toss them in a salad or pasta dish,” says Gans.

Whether cherry, Roma, or Campari, it’s hard not to think of all the varieties of tomatoes when you ponder red foods. Chief among tomatoes’ benefits is lycopene, which Gans says is known to “decrease the risk of [getting certain] cancers, especially prostate.”

Potassium is also high in tomatoes, which, appropriate for Valentine’s Day, may help ward off heart disease and stabilize blood pressure. “Tomatoes also have vitamin C and folate,” Gans says. She says you should feel free to buy canned tomatoes for the same benefits as fresh. “They are canned at their peak,” she explains, which means cooking with tomatoes is a cinch (even in winter).

Red, spicy chili peppers are actually healthy, in large part, because they pack some serious heat. The plant compound found in these peppers, capsaicin, are responsible for their spice and a lot of their benefits. Capsaicin has been shown to reduce the risk of prostate cancer  and increase metabolism, as well as slash the risk of death from heart-related causes and stroke, according to a recent study. A perfect addition to sauces, guacamole or an omelet, there are lots of ways to load up (and heat up) your daily meals with chili peppers.

Red onions may not be right for everyone, as they tend to trigger stomach sensitivities in those with Irritable Bowel Syndrome. However, for those who can tolerate red onions, this delicious cooking favorite is actually packed with a lot of nutrient benefits. Gans cites red onions’ folate and potassium content, as well as a type of antioxidant specific to red and purple onions called anthocyanins. Specifically, anthocyanins have been shown to lower the risk of heart disease and fatal heart attack. Toss red onions in a salad; add them to salsa and guacamole; or cook them into a pasta dish.

Gans says one of the biggest myths about watermelon is that people think it’s mostly made of water and there aren’t a lot of nutrients. “First, it is great for hydration,” she says. “A lot of people even put watermelon in water because of the refreshing flavor. But on top of that, watermelon contains vitamin C, potassium, and lycopene, which can improve the health of your heart and protect against certain cancers.”

Vitamin C is also important in the antioxidant family, says Gans, because it’s known to strengthen the immune system. Watermelon is great in fresh, warm-weather salads as we move toward spring, and, as mentioned by Gans, wonderful infused in water.

Cherries are incredibly rich in antioxidants and other inflammation-fighting nutrients, including polyphenols, which help fight cell damage and combat certain diseases. In addition, Gans says cherries are frequently cited as a food that can “prevent gout attacks.” Due to their anti-inflammatory effects, they are also great for recovering from a particularly taxing workout and may even help with arthritis pain. This fruit is seasonal, and a great snack during the summer months, but “one could also buy frozen cherries,” says Gans. You can mix them into a post-exercise smoothie, or an acai bowl. Gans says cherry juice is also frequently recommended as an easy way to consume the fruit out of season.

Who doesn’t love a nice, romantic glass of red wine to unwind? Just in time for Valentine’s Day, we are here to deliver great news: Your favorite, relaxing glass of cabernet, pinot noir or merlot is actually good for you. “Alcohol consumption in moderation has benefits unto itself, which means white wine, too. But resveratrol adds to it, which is a compound that may help lower risk of heart disease,” says Gans. Red wine has also been shown to fight inflammation, improve heart health, support the gut microbiome and increase longevity. “All that said, it’s important to talk about moderation,” says Gans. “One glass for women, two for men, and no more than that a day.”

A little goes a long way, and moderation is usually the best medicine (with wine, and all foods). 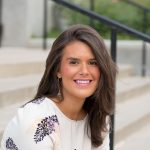 Jenna Birch is a health and lifestyle journalist. She has written for web and print outlets like Cosmopolitan, O, Psychology Today, SELF, Women’s Health and Men’s Health, among others. She is a relationship columnist for Yahoo, and author of The Love Gap (January 2018, Grand Central Life & Style), a science-backed guide for modern women navigating today’s complicated dating landscape. A University of Michigan alum, Jenna still resides in Ann Arbor, MI.