When you’re feeling tired, weak, out of breath, and looking a little pale with cold hands and feet, your first thought may not be that you’re suffering from an iron deficiency—but these could be signs that you are. We talked to Erin Palinski-Wade, RD, CDE, author of Belly Fat Diet for Dummies to learn what iron deficiency means, symptoms that you might have it, and what to do about an iron  deficiency.

What is iron deficiency? When you have iron deficiency, it means you’re not getting enough iron in your diet, which has a negative impact. “One of the main rules of iron is to transport oxygen,” says Palinski-Wade. “If you’re deficient in iron, you start to see fatigue set in. If you’re somebody who’s active, you might notice more shortness of breath or even early muscle fatigue.”

Over time, if your diet is deficient in iron for a few months or longer, that can lead to full-blown anemia.  Iron deficiency anemia is a condition that means you’re lacking healthy blood cells to carry oxygen to tissue and that’s why you look tired and pale. It’s important to recognize early signs of iron deficiency to nip this in the bud and get checked out by your doctor for their treatment recommendations.

You feel unusually tired. And the fatigue isn’t just because you started a new Fitbit Challenge with your friends. “Maybe you’re starting to fall asleep earlier or you get a good night’s sleep, but just don’t feel like you have any energy,” says Palinski-Wade.

You’re out of breath. When you’ve been working out regularly and are surprised to find you’re suddenly getting winded, that could be a sign of iron deficiency. “Because iron carries oxygen, shortness of breath is a sign you need more iron, if you’re somebody who’s healthy and generally in good shape,” says Palinski-Wade. When normally you can jog 30 minutes without a problem and all of a sudden, 10 minutes in, you feel like your legs are dead or you have a fast heartbeat or chest pain, that could be a sign that your cells aren’t getting enough oxygen.

You feel dizzy. Stand up and feeling lightheaded? Dizziness and headaches are more signs you may have an iron deficiency.

Your looks are taking a hit. Some people notice brittle nails, or dry, limp hair, or that their skin is noticeably dry. Many people with an iron deficiency tend to notice they look paler than usual. Those could be indicators that you need to eat more iron-rich foods.

How to treat iron deficiency

Most of the time, you can treat it by getting more whole foods in your diet because your body can utilize them better than relying on a supplement as a quick fix, says Palinski-Wade. If you’re experiencing some of these signs and ramp up the amount of iron in your diet for a few days, those symptoms should go away on their own, she says.

Just know that with plant-based iron, your body doesn’t absorb it as well as heme iron that comes from animals, says Palinski-Wade. “I always encourage people, when they’re eating iron, to have a source of vitamin C at the same time because that enhances the absorption of the iron,” she recommends. “If you’re eating a spinach salad because dark and green leafy vegetables are a source of iron, put sliced strawberries or mandarin oranges on top to help the absorption.”

Iron supplements on a whole can be a little bit disruptive to the gastrointestinal system; they can cause constipation, Palinski-Wade says. So if you don’t have to rely on a supplement to treat the deficiency and you can meet your needs through food, try to solve your problem that way first. 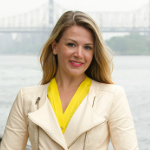 Diana Kelly is a freelance writer who has written for award-winning magazines and websites for over 15 years. Her work has appeared in Real Simple, Prevention, Reader's Digest, Men's Fitness, and Muscle & Fitness, among others. A Philadelphia native living in NYC, Diana loves using her Fitbit to track her steps, join challenges, and look back on each week's progress. Many of her steps can be attributed to a new adopted puppy, Jackson, who loves long walks and raising Diana's heart rate when squirrels cross their path. Learn more about Diana at DianaKelly.com or follow her on Twitter @DianaKelly.