Why LGBTQIA+ Fitness Classes and Clubs are Important, Even After Pride Month Ends

While working as a personal trainer for a national gym chain, Lara Americo was expected to conduct fitness assessments on all new members. The goal: use information about strength, endurance, and flexibility and compare the results against averages for others of the same age and gender to establish a baseline fitness level.

The fitness assessments were just one of the “problematic norms” that Americo, a trans woman who uses they/them pronouns, experienced in mainstream gym culture. They also felt that the emphasis on performance, appearance, and achieving gendered body ideals was especially damaging to LGBTQIA+ members—and even prevented some in the community from joining a gym at all.

“Mainstream fitness can be pretty toxic,” Americo adds. “It’s not a fun place to be in a gym where everything is about grunting and hating your body.”

More than one-third of LGBTQ+ Americans experienced some form of discrimination in the past year and often reported altering aspects of their personal lives to avoid the experience of discrimination. A separate study found that half of LGBTQ participants felt uncomfortable at the gym as a direct result of their sexual orientation.

Some gyms and fitness brands host special programming in June in honor of Pride Month. Still, a growing number of fitness facilities are using gender-neutral language, asking clients about their pronouns, and promising inclusive classes and safe spaces all year long. Some gyms even cater exclusively to LGBTQIA+ members.

Oakland-based The Queer Gym, which bills itself as “America’s 1st queer gym,” opened in 2010. Mark Fisher Fitness in New York and Everybody in Los Angeles promise inclusive spaces, diverse trainers, body positivity, and gender-neutral locker rooms. The OUT Foundation created an Inclusive Gym Finder to help the LGBTQIA+ community find inclusive spaces to break a sweat.

“LGBT people need a space…to get away from toxic gym culture,” says Americo. “You get to the point where you can’t do it anymore, and you’re working out at home [and] there are so many people [who] want to get away from that. These inclusive spaces have a demand.”

Creating inclusive workout spaces is about more than boosting membership; it’s a commitment to prioritizing the health and well-being of the LGBTQIA+ community.

Research shows that those who identified as LGBTQIA+ were up to 76 percent less likely to participate in team activities and reported up to 2.62 hours less of moderate to vigorous physical activity each week than their heterosexual peers. Lesbian and bisexual women have higher rates of overweight and obesity than straight women.

Exercise isn’t just important for physical health. It’s also an essential component of mental health. It has been shown to ease the symptoms of depression and anxiety, which the LGBTQIA+ community experiences at rates up to 2.5 times higher than their straight or gender-conforming peers.

Tiny Gym, a diminutive fitness studio in the West Village neighborhood in New York that Americo founded in 2021, was designed to be a safe space “away from toxic gym culture” that welcomes LGBTQIA+ members and allies. Americo was intentional about marketing, using terms like “body positive” and “performance based” and including their pronouns on flyers.

“Those things alone attract queer people because those are things a lot of people in the community prioritize,” they say. “I present everything in a way that a queer person would want to go to the gym without saying it’s queer.”

In addition to providing a supportive, safe space to work out, LGBTQIA+ fitness spaces are also about letting go of gender norms and expectations and finding the joy in moving your body.

“The main rule in Tiny Gym is it has to be fun,” says Americo. “My goal is to subtly, in a small way, change the narrative of fitness.” 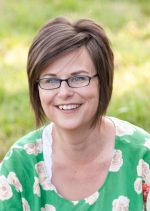