How A Slow Start Could Help You Win The Race

Those who are lucky enough to visit a Kenyan training camp on the edge of the Rift Valley report an interesting phenomenon. Even though the local athletes can far outrun them, the visitors can actually run with the local athletes—for a while. When a group heads out on a morning run, they start at a seriously slow running pace—a pace that average American runners would adopt for an easy training run. They jog along for a mile or two, then the pace creeps up. Before long, the visitors find themselves alone while the locals cruise on ahead not to be seen again until they fly by on their way back to training camp.

Lifetime competitors—runners who have remained competitive from youth to masters—report a similar pattern of starting runs seriously slow, particularly as they aged. “The first mile—I don’t really look—but the first mile is easily a minute slower than the rest of the miles,” said Dave Dunham, who has been a national-class competitor since high school, has run over 140,000 lifetime miles and broken 1:20 in the half marathon in his 50s.

Why Are Slow Starts Important?

Is there something about a slow warm-up that most of us don’t know? A 2009 overview study at the University of Western Ontario shows that warming up thoroughly shouldn’t be optional. A proper warm-up routine is recommended as an important strategy for both enhancing performance and injury prevention, the study concluded. A solid warm up is particularly important for older runners and can offset many of the negative effects of aging. “The slowed speed of muscle contraction and power generation in older adults can be altered just by increasing temperature with the initial low-intensity exercise phase,” Vandervoort says in the study.

Jonathan Dugas, Ph.D., triathlete, coach, exercise physiologist, and co-founder of The Science of Sport, agrees with Vandervoort on the primary importance of temperature. “It’s mostly going to be changes in muscle temperature and body temperature. That means all the biochemical stuff that makes your muscles contract is going to happen quicker,” Dugas says. “If you change the temperature of the reaction, it speeds up. If you do a warm-up, you can increase the muscle temperature, and that changes the way the different enzymes can do their job.”

Besides temperature, Dugas says there’s a mind/body connection that’s critical for a stellar run.. “You’re actually priming the neuromuscular system for the different dynamic movements,” he says, adding that the faster and harder the workout, the longer the warm-up needs to be. “We underestimate how much mental bandwidth it takes to make us go at some intensity.”

Failing to ease your nervous system into the effort makes it harder to run well even later in the run when your muscles and joints are warmed. “You start off without the warm-up, that changes the way you’re activating muscles, that sends a particular signal to the brain that changes the effect later on in the workout,” Dugas says. “Because of the feedback that you weren’t ready, now it is going to change the way it is going to let you complete the rest of the run.”

How to Ease Into Each Run

People usually start too fast because they are watching the pace on their device and want to maintain a certain minimum level. Others take off fast because they don’t know how to judge the pace, so they push until they have to slow down. The key to slow running pace and easy starts is simply to ignore the watch and listen to your body’s signals of how much effort it takes to run at the moment. Start Kenyan-slow—a minute or two slower than your average training pace, and let your body and mind determine when you can speed up. Don’t force the effort to match your normal or a goal pace.

“Your brain is saying: ‘I’m not quite ready for you to go at 8 minute pace, I’m going to let you go at 9 minute pace, and for that level of effort, that’s what you’re going to get,” Dugas says. “As the brain gets feedback, it says, ‘I can see it’s fine. Yes, muscle temperatures are higher now, there is a larger capacity to do work because of changes in neuromuscular and muscle system. OK. We can turn up the volume. I can let you activate more muscle, I can switch on more motor units, I can change the speed of contraction.’”

Aim to maintain the same effort throughout the run. While you’ll be going slower at first, soon you’ll speed up without trying and you’ll find that a faster pace will flow easier than it would have without the slow start. You probably still won’t run as fast as a Kenyan, but you’ll be running like they do, and will find you’re enjoying your runs more and getting better performance out of your body. 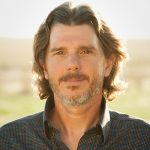