When you look at your personal data in your Fitbit app, you might be surprised to see several periods of restless sleep during the night. Chances are, you don’t have to worry about them—it’s common to move around a bit. “Sleep is not completely still,” says Michael Grandner, PhD, MTR, a Fitbit sleep advisor and director of the Sleep and Health Research Program at the University of Arizona College of Medicine. “It’s perfectly normal to have periods of restlessness—10 or even up to 30 could be normal for you,” he says. (Here’s when restlessness might be more concerning.)

Still, when restlessness leads to full on wakefulness, it’s time to get to the bottom of what’s preventing you from sleeping like a log. These five factors might be turning you into a restless sleeper.

You’re binge watching before bed. It might seem obvious that turning off the overhead lights sends a signal to your brain that it’s time to settle down, but have you given any thought to your devices? The blue light emitted by certain TVs and some tablets have been shown to suppress sleep-inducing hormones. And if you’re viewing an especially violent episode, one study reports the movie or program you’re watching could lead to trouble falling asleep and nightmares. Create a nightly wind-down ritual about 30 minutes before you hit the sack, power down the electronics, and give your brain time to process all the on-screen drama so you can ease into sleep.

Your bedding isn’t working for you. If you have a hard time getting comfortable, or tend to toss and turn, unsupportive bedding could be coming between you and a solid night’s sleep. In fact, 98% percent of respondents polled by the National Sleep Foundation agree a comfortable pillow is necessary for a restful night. Think yours might be past its prime? A general replacement guideline for pillows is every three years, and every 10 years for mattresses.

You drank too much. Alcohol can impact your sleep cycle—it causes you to feel drowsy initially, then leads to wake ups later as it’s processed by your body. But other liquids can be problematic, too. “If you’re drinking a lot of water before going to bed, it’s pretty much a given that you’re going to wake up to use the bathroom at some point during the night,” says Grandner.

You’re overheating. Snuggling into a pile of blankets might seem cozy, but if they’re making you too warm it’s likely they’re also causing restlessness. Turns out cooler temps are more ideal for sleep—a study published in the scientific journal Brain shows a drop in your core temperature triggers “It’s sleepy time!” messages in your body, easing you into slumber and helping you sleep more soundly. Set the thermostat to between 65 and 67 degrees Fahrenheit. And if you can’t give up those blankies, go even lower (around 60.8 degrees Fahrenheit) and opt for sheets and pajamas made from natural fabrics to prevent trapping in any extra heat.

Your bed mate is bothering you. Even if you don’t remember waking up from their sounds or movement, your partner’s snoring or tossing and turning could be causing you to have periods of restlessness. It’s important to let your partner know about his or her chronic snoring—it could be the sign of a serious health issue and should be discussed with a physician. And if the nighttime noises are frequently keeping you up, you might want to work out an alternative arrangement, like sleeping in separate rooms. 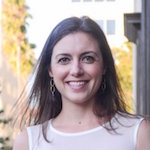