6 Crazy (and Crazy Smart!) Things People Do With Their Fitbit Devices Your Fitbit account doesn’t just have to be about tracking your daily steps and counting flights of stairs—although those are great stats to know! By thinking outside the box, users have come up with some pretty incredible life hacks involving their Fitbit devices. For example, did you know that with IFTTT (a website that lets you connect two different apps or devices), you can tell your smart coffee maker to begin brewing when your tracker or smartwatch notices you’ve woken up in the morning? And that’s just the start. Below, six more imaginative ideas.

Get savvy with your smart speaker: You can sync your devices, like the Fitbit Charge 3 and the Versa, with smart speakers like Amazon’s Alexa. Just download the Fitbit skill to your Amazon Echo and you can ask questions about how you’re doing that day. A quick “Alexa, ask Fitbit how many steps I’ve taken today,” or “Alexa, ask Fitbit how many calories I’ve burned today,” and you’ll be instantly up to speed on your stats.

Pay yourself for a job well done: Ever wish you could reward yourself for an especially active day? Use IFTTT to sync your Fitbit device with Qapital, a banking app. Decide what goal is most important to you, like calories burned or steps taken, and every time you reach it, Qapital will transfer money from your checking account to your savings account. With enough motivation, after a few weeks, you’ll have enough saved to spend on a fun reward.

Force yourself out of bed: The aroma of freshly brewed coffee might get some people out from under the covers, but others might need a little more motivation. That’s where this life hack comes in: Set a smart lightbulb in your bedroom to blink when your Fitbit device has logged more than eight hours of sleep, and there will be no more hitting snooze.

Figure out who’s on early-morning baby duty: “I used to answer the phones as part of the customer support team, and when we released Fitbit One with sleep tracking, I got the best call,” says Caitlin Doyle, program manager for the wellness team at Fitbit. “A customer called to get his and his wife’s devices set up and we started chatting. He told me that they both need to track their sleep so they could see who won their ‘sleep competition.’ They were new parents and would look at their sleep records to decide who would be first on deck to get up with the baby the next night!”

Learn how different habits affect each other: “I was curious if I could use the data from my Fitbit Charge to get some insight into my exercise and sleep habits—like, did one affect the other,” says Sebastian Prokuski, an engineer for Reflect, a data visualization company in Portland, Oregon. “I assumed that I slept harder after days where I had a longer-than-normal workout, but after I downloaded and manipulated the data, I found out the opposite: If I ran further than I normally did, I had a more restless night of sleep. I decided to tweak my workout routine to be more consistent. Instead of doing one long run and lots of shorter ones during the week, I just added mileage to my shorter runs so that I’m going the same distance every day.”

Figure out when your teens got home: “I would ask my kids to come into my room and say hi whenever they came home late at night,” says Tekla Perry, a technology journalist in Palo Alto, California. “I didn’t always look at the clock when they did this, so in the morning I could check my Fitbit device, see when I had a restless moment the night before, and confirm that they made it home before curfew.” 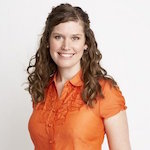